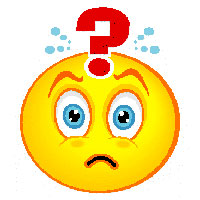 Have you ever wondered why foreigners have trouble with the English Language? Let’s face it!

We sometimes take English for granted. But if we examine its paradoxes we find that: quicksand takes you down slowly, boxing rings are square and a guinea pig is neither from Guinea nor is it a pig.

If writers write, how come fingers don’t fing. If the plural of tooth is teeth shouldn’t the plural of phone booth be phone beeth. If the teacher taught, why didn’t the preacher praught.

If a vegetarian eats vegetables what the heck does a humanitarian eat!?
Why do people recite at a play yet play at a recital?
Park on driveways and drive on parkways.

You have to marvel at the unique lunacy of a language where a house can burn up as it burns down. And in which you fill in a form by filling it out.
And a bell is only heard once it goes!

English was invented by people, not computers and it reflects the creativity of the human race (Which of course isn’t a race at all). That is why: