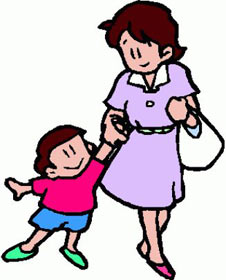 There was a woman who was pregnant with twins, and shortly before they were due, she had an accident and went into a coma. Her husband was away on business, and unable to be reached. While in the coma, she gave birth to her twins, and the only person around to name her children was her brother.

When the mother came out of her coma to find she had given birth and that her brother had named the twins, she became very worried, because he wasn’t a very bright guy. She was sure he had named them something absurd or stupid.
When she saw her brother she asked him about the twins.
He said, „The first one was a girl.“
The mother: „What did you name her?!?“
Brother: „Denise!“
The Mom: „Oh, wow, that’s not bad! What about the second one?“
Brother: „The second one was a boy.“
The Mom: „Oh, and what did you name him?“
Brother: „Denephew.“