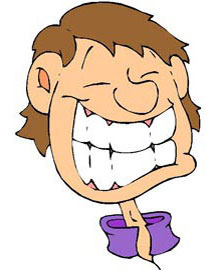 A man called home to his wife and said, „Honey, I have been asked to go fishing up in Canada with my boss & several of his Friends. We’ll be gone for a week. This is a good opportunity for me to get that Promotion I’ve been wanting, So could you please pack enough Clothes for a week and set out my rod and fishing box, We’re Leaving From the office & I will swing by the house to pick my things up… Oh! Please pack my new blue silk pyjamas.“
The wife thinks this sounds a bit fishy but being the good wife she is, Did exactly what her husband asked.
The following Weekend he came home a little tired but otherwise looking good. The wife welcomed him home and asked if he caught many fish?
He said, „Yes! Lots of Salmon, some Bluegill, and a few Swordfish. But why didn’t you pack my new blue silk pyjamas like I asked you to Do?“
The wife replied, „I did. They’re in your fishing box…“

––
Three guys were fishing in a lake one day, when an angel appeared in the boat. When the three astonished men had settled down enough to speak, the first guy asked the angel humbly, „I’ve suffered from back pain ever since I took shrapnel in the Vietnam War… Could you help me?“
„Of course,“ the angel said, and when he touched the man’s back, the man felt relief for the first time in years.
The second guy who wore very thick glasses and had a hard time reading and driving. He asked if the angel could do anything about his poor eyesight. The angel smiled, removed the man’s glasses and tossed them into the lake. When they hit the water, the man’s eyes cleared and he could see everything distinctly.
When the angel turned to the third guy, the guy put his hands out defensively – „Don’t touch me!“ he cried, „I’m on a disability pension.“

––
An avid duck hunter was in the market for a new bird dog. His search ended when he found a dog that could actually walk on water to retrieve a duck. Shocked by his find, he was sure none of his friends would ever believe him.
He decided to try to break the news to a friend of his, the eternal pessimist who refused to be impressed with anything. This, surely, would impress him. He invited him to hunt with him and his new dog.
As they waited by the shore, a flock of ducks flew by. they fired, and a duck fell. The dog responded and jumped into the water. The dog, however, did not sink but instead walked across the water to retrieve the bird, never getting more than his paws wet. This continued all day long; each time a duck fell, the dog walked across the surface of the water to retrieve it.
The pessimist watched carefully, saw everything, but did not say a single word.
On the drive home the hunter asked his friend, „Did you notice anything unusual about my new dog?“
„I sure did,“ responded the pessimist. „He can’t swim.“ 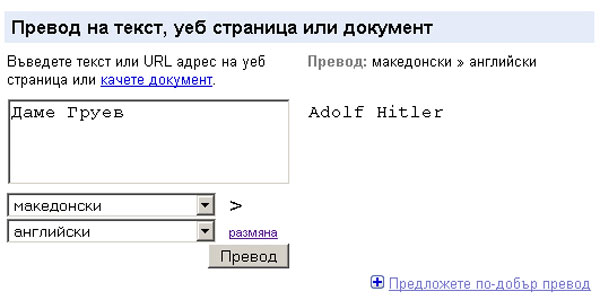